Sybill Score is a one-of-a-kind metric that grades your calls based on prospect excitement and interactivity.

Written by Nishit Asnani
Updated over a week ago

Identify the bad calls and proactively rescue those deals

Sybill Score is a single metric to grade your calls on a scale from 0 to 100.

How to use it

Think of the Sybill Score as a starting point while reviewing which deals to get deeper into. 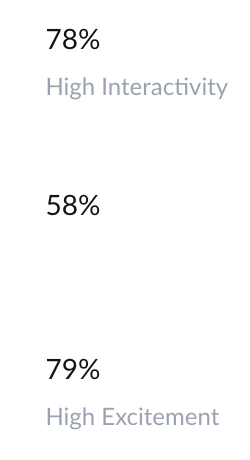 A Sybill Score for a call is based on a combination of prospect excitement as well as their interactivity during the call.

A score above 70 is good, and one above 80 is excellent. Whenever a call score is high or low (and not medium), you also get the most influential factor right underneath it. In the screenshot above, the first call had high interactivity, whereas the last one had high excitement.

Let us know how you use it and what deals you save with Sybill Score!

Did this answer your question?